Last month, PRMI was invited to participate in Lifetime Television’s “Designing Spaces.” The episode featured some of our top Loan Originators and was dedicated to helping homebuyers with “Navigating the Home Loan Process”. During the episode, PRMI advised a young couple who was purchasing their first home. Our objective was to help them feel more empowered and knowledgeable by clearing up some common home buying myths and misconceptions.

We were honored to have this opportunity and enjoyed being a part of this important conversation. However, it also turned out to be a learning experience for us. As lenders, the ins and outs of the mortgage industry are an everyday reality. It is easy to forget that many of our consumers don’t have the same knowledge that we do and there are some things that we take for granted.

Unfortunately, the media sensationalized much of the housing market crises and, as a result, some people are hesitant to become homeowners. This has also lead to misconceptions about buying a new home and qualifying for a mortgage.

It is important for us to help our consumers separate fact from fiction. Here are a few common home buying myths that could serve as road blocks to homeownership.

As lenders, we know there are many great loan programs available. We can inform our consumers about options with lower down payments such as FHA, VA and state housing programs.

There is a surprising amount of confusion when it comes to interest rates. Borrowers sometimes think that everyone qualifies for the lowest published rate. Lenders can help them understand the different factors that help determine the interest rate for which they will qualify and which monthly payment will fit best their budget.

I have found that some borrowers are afraid that a lender will judge them. Perhaps this is because they don’t fully understand the qualification process. We can reassure our customers by letting them know that our goal is to educate borrowers and empower them to make the best decisions.

Many consumers believe that their monthly or annual income will determine the amount of money that they can borrow to purchase a home. Borrowers might not know that debt load is also an important factor.

One of the most important things we can do as lenders is to help homebuyers feel empowered and confident. They need to feel in control of the home buying process and comfortable that they are making the right decisions for themselves and their future. Purchasing a home is a big decision and a mortgage lender should be a partner and a teacher.

At PRMI, we are excited about the long-awaited arrival of the Consumer Financial Protection Bureau’s (CFPB) Qualified Mortgage/Ability-to-Repay rules (QM). We believe these new rules will allow us to help even more Americans pursue the dream of home ownership now that we have a clear line drawn in the sand of what is considered a quality (QM) and non-quality (non-QM) mortgage based on CFPB interpretation of the Dodd-Frank Financial Reform Act. By distinctly separating the two categories of mortgage-transactions based on consumer borrowing criteria, the new Qualified Mortgage rules will play a significant role in the interest rates and fees a consumer will recognize in the mortgage shopping process.

Most mortgage lenders will largely focus on serving QM borrowers, or only those who meet the more stringent government lending criteria. At PRMI, we see an opportunity to better serve all customer needs by providing products to consumers who don’t necessarily meet the QM standards, but who may still be able to demonstrate the ability to perform and repay a mortgage utilizing a Non-QM solution that properly considers their unique circumstances.

The QM rules were put into effect as a preventative action to protect against another housing finance crisis like the one that began in 2008. It also provides mortgage lenders legal protections from being sued by the consumer for extending a loan on which they are not performing when QM standards are met. Although the QM rules will have an impact on the industry by tightening the loan restrictions, it is my belief that Non-QM products will play an important role in the strengthening of the broader housing market, as new products allow for a greater number of consumers to access credit. In fact, the lack of mortgage-credit options today has been one of the major roadblocks preventing the housing market from a achieving a complete recovery.

Allow me to illustrate the limitations created by QM with a real example. After the housing meltdown, the loan qualification requirements tightened to the point where some well-deserving consumers were completely unable to qualify for a housing loan. For example, a consumer with a 760 credit-score, 30 percent down and seven years of successfully running a business found it much more difficult to get a loan than a consumer with a 600 credit score, 3.5 percent down and twelve months on the job. What’s the reason behind this discrepancy? The first consumer had written off too much of his/her income as a self-employed borrower (depreciation, investment in equipment, thus bettering the business, etc.), and in doing so reduced their adjusted gross income (AGI) to a point at which they don’t meet new income qualification requirements. But where did all of the money for such a large down-payment come from in the first place? Their hard work in operating a successful business! We can clearly see that a more in-depth investigation of the first consumer’s financial characteristics may very well prove him/her to be a less risky borrower. It certainly seems reasonable that this consumer shouldn’t be prevented from accessing mortgage credit.

With Non-QM, lenders will now have the ability to build new products to better serve their customer’s specific and unique needs. We will be able to offer more loan options to those who fall outside the stringent criteria of the QM realm (Although, Non-QM loans are still evaluated to ensure that the borrower has the ability to repay).

Living in a QM world does not necessarily limit the lending options as much as some naysayers have feared. The new rules do not condemn the mortgage industry to an atmosphere of negative growth and minimal risk-adjusted profitability. On the contrary! Regulators have afforded us the opportunity to establish a robust lending business in a significant part of the market—one that has been undeserved in recent years. If implemented responsibly, judiciously and with the protection of the consumer and the U.S. taxpayer in mind, I believe lenders can both properly serve credit-worthy consumers, and in so doing, restore the strength of the housing market that is critical to overall economic growth.

PRMI is gearing up to provide more options for consumers, including private mortgages that fall outside the QM definition. Although 98 percent of the loans prepared by PRMI fall into the QM category, the Non-QM loans offer exciting possibilities. In time, I believe the Non-QM loans will be as relevant and common as the FHA, VA, Freddie Mac and Fannie Mae. Regardless, I feel that these changes will inspire exciting debates among mortgage professionals and consumer advocacy groups over the next few years.

I remain positive and optimistic regarding the future of the mortgage and real estate industry, and the opportunities that these new rules bring. It is time that we put the consumer first. In achieving that, we need to deploy new ways to safely provide financing options that fit the broader market and the many unique needs of the individual home buyer.

As the next generation of consumers, Millennials (also known as Generation Y and the New Boomers) have become a driving force in the housing market. It has been interesting for me to discover that this rising generation is driven by a different set of values and priorities than we have seen with Gen X homebuyers and Baby Boomers.

Gen Y (typically categorized as born between 1980 and 2001) is truly a product of their environment. Because Millennials came of age during turbulent economic times, they saw the values of family homes plummet. It is also significant that Millennials grew up with the Internet. They crave information and are deeply in tune with the many options available to them. They are open to diversity and have the tendency to evaluate decisions through social media. Millennials also seem to have an almost universal green streak. Having a healthy work/life balance is a big priority.

Therefore, it is no surprise that Millennials prefer to purchase homes in city centers and urban neighborhoods. Cookie-cutter suburbs hold little appeal. Millennials refuse to waste valuable time commuting. They have a desire to live in walkable neighborhoods, with access to public transportation, near work, friends and entertainment.

City living feeds the Millennial’s desire for an urban lifestyle, but it also provides peace of mind. Homes in city centers consistently hold better value than homes in the suburbs. Additionally, the lessening demand for suburban living will help decrease urban sprawl and reduce the strain that commuting places on the environment. These factors feed the Millennials’ desire for “green living.”

This is why industry experts have come to call Millennials the first Smart Growth Generation in America. The goal of Smart Growth is to build communities with access to public transportation and reduce the distance between housing, jobs, shops and schools. Smart Growth has led to the transformation of cities across the nation.

Leading the charge is Smart Growth America, an organization responsible for building accessibility, sustainability and livability into city policies. Efforts include increasing bike lanes, building walkable communities and increasing public transportation. If this trend continues we should see the revitalization of city centers across the nation. The home buying habits of Gen Y continues to drive this movement. 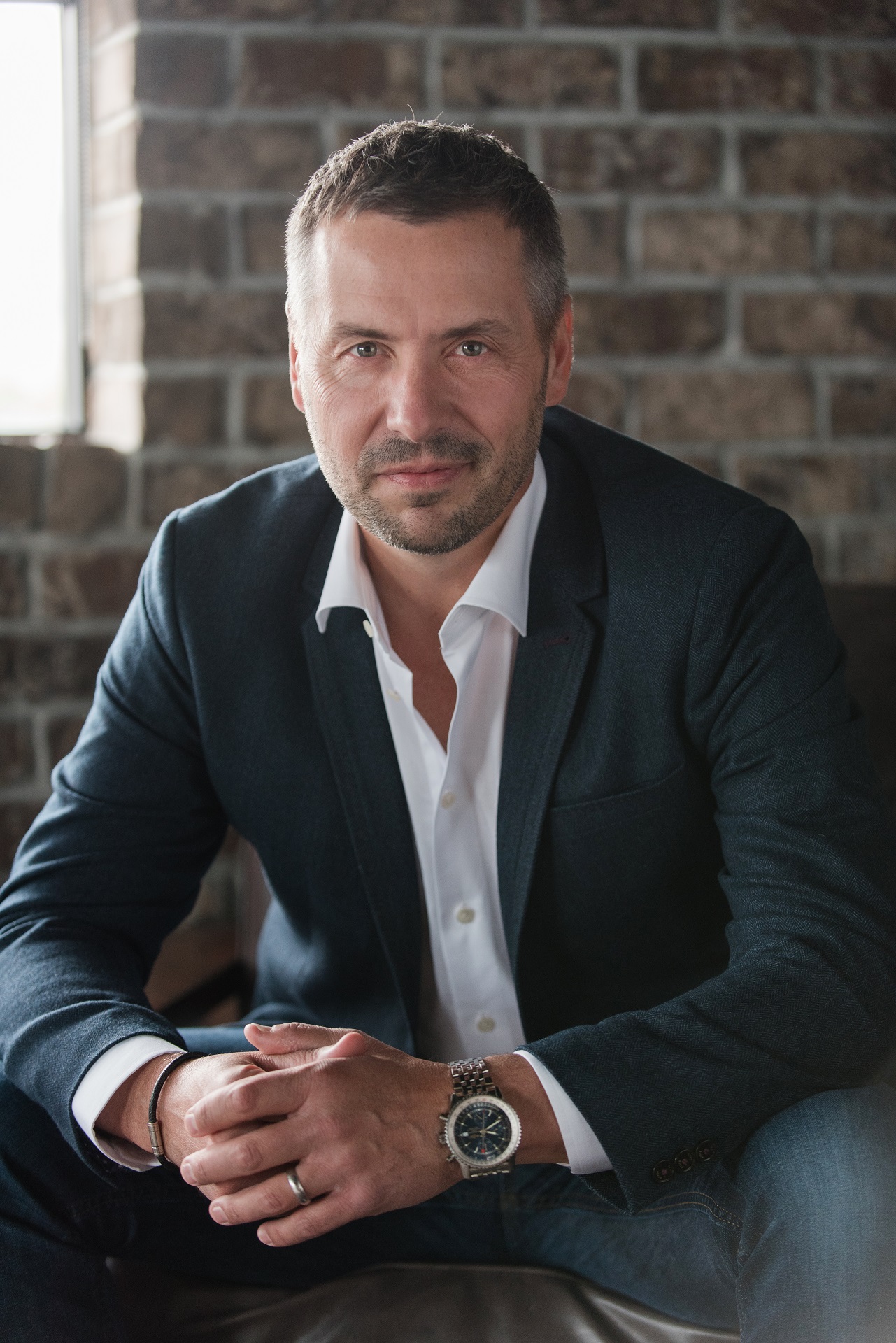